"The K Ration, named for him, was originally made up of items from a Minneapolis grocery store -- hard biscuits, dry sausage, hard candy and chocolate."

Freemans tuesday night the 16th of nov. the bush twins along with 2 massive secret service men tried to have dinner they were told by the maitre 'd that they were full and would be for the next 4 years upon hearing the entire restaurant cheered and did a round of shots it was amazing!!!

beats mass transit in every way: It's greener, more convenient, safer and visually more acceptable, since the cars and rail are streamlined and small. The cars, unlike the round pods in 'The Incredibles,' are egg-shaped, and allow enough room for three to four people plus their shopping bags, luggage and wheelchair or bicycle. They run on synthetic rubber tires, which reduce noise pollution, along a monorail guideway that's 3 feet wide by 3 feet deep. And because the system is powered by 600-volt DC electricity, it produces no emissions. 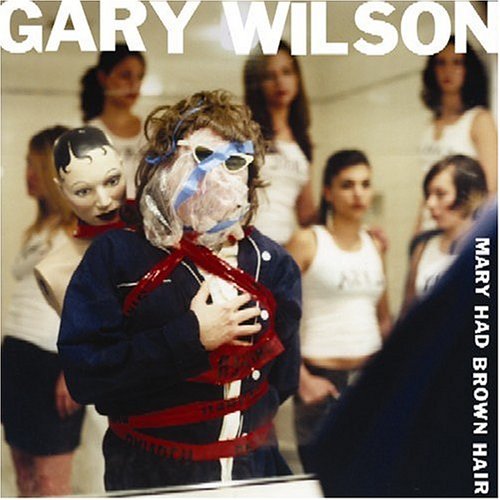 Dejected by his failed stabs at acceptance from NYC bohos, Gary Wilson retreated to his parents’ basement in the late '70s to create on his lone. He cranked out the 1977 vanity album You Think You Really Know Me, which would have disappeared (as Wilson himself did for a spell) without continuous college radio exposure over the last two-and-a-half decades. That would have withheld one of the most thrillingly neurotic white-soul-bro workouts to ever come down the pike. Wilson’s admitted acolyte Beck Hanson probably never would have heard it. Without college radio, Midnite Vultures (essentially a cagey, high-tech YTYRKM knockoff) never would have happened, to say nothing of Mary Had Brown Hair.

Wilson’s voice has thinned to a reedy whine since his heyday, but it suits his new material. No longer preoccupied with body parts, mind games and make-out parties, he now describes turbulent adult relationships head-on, and seems no less horrified of the whole enterprise. At the outset, "Linda wants to be alone" (this disconnect stings Gary so badly, he and Linda are likely housemates); a few tunes down, "Gary saw Linda last night / Kissing Frank Roma / He was sad." The rubbery sway of "Debbie Debbie" sticks in the cranium long before one realizes one is harnessed to a song that goes, "You took a boy from the crowd / And you made him a man / You stuck a gun to my head / But I just can’t understand / What it feels to be in love." And his jivey ad libs still sound too threateningly urgent to stand trial for Jon Spencerian contrivance.

Who else owes Gary Wilson? There’s a Weenishness afoot in "Electric Depression" and "Newark Valley," if Dean and Gene had overdosed on '80s exercise records and could play their shtick so straight one worried for their safety.

As on You Think You Really Know Me, a number of tracks are stage-whispered repetitions of a phrase, wrapped in an Eraserhead drone. But he doesn’t seem so hateful or suicidal anymore. When you’re a grown-ass man who’s still dangerously girl-crazy, just hearing "a very small town" o’er and o’er can be nerve-racking enough.

If you're new to the Gary Wilson experience, here's a brief history: Back in 1977, the talented but eccentric Wilson went down into his parents' New Jersey basement and recorded what would become one of the most legendary self-released "real people" albums ever made: You Think You Really Know Me. The record sounded as though it was aiming for some kind of Steely Dan/Shuggie Otis electro-funk fusion, but the uncomfortable intimacy and passion of Wilson's performance instead rendered the album a bizarre personal portrait of one man's lust, loneliness and inner turmoil.

Despite the limited original pressing of You Think You Really Know Me, the album managed to take on a life of its own via word-of-mouth and non-commercial radio. Many listeners who were originally attracted by the substantial comedy value of songs like "6.4 = Make Out" and "Chromium Bitch", and were further drawn in by Wilson's crazed white-man soul and not inconsiderable musical talent. Over the next two decades, the album was issued several times by various labels, its small but fervent following-- which included fans like Beck (who name-checked Wilson on "Where It's At"), Matt Groening, and The Roots' ?uestlove-- growing with each release. But nobody was really sure what had ever become of Gary Wilson himself.

Curiosity about Wilson hit a sort of critical mass following the latest reissue of You Think You Really Know Me on Motel records in 2002. Though Motel released a collection of stray Wilson recordings as Forgotten Lovers in 2003, nobody realistically expected to hear anything more from him until Stones Throw Records' Peanut Butter Wolf finally tracked the man down in California. At the time, Wilson was reportedly working at an adult video store and regularly gigging with a jazz lounge act, and was unsurprisingly delighted to learn about the acclaim his old work was receiving. It didn't take much cajoling to convince Wilson to finally deliver a true follow-up.

So here we are with Mary Had Brown Hair, which sounds more like 27 days have passed since You Think You Really Know Me than 27 years. There are more drum machines this time around, as well as chirping Doogie Howser, M.D. synths and treated vocals reminiscent of early Ween. These "modern" touches, however, cause the album to lose a bit of the swank, mustachioed 70s vibe of its predecessor. There's also an increased emphasis on conventional pop songwriting; although that's speaking relatively-- these songs resemble actual pop radio hits the way basset hounds resemble lake trout. Otherwise, Mary Had Brown Hair surely delivers everything that Wilson enthusiasts could have hoped for, perhaps even too much so.

Erotic obsession and small-town alienation remain the central themes of Wilson's work, and as on his debut he here performs songs like "Gary Saw Linda Last Night", "Our Last Date", and "Debbie, Debbie" with an unnerving introspective intensity. (I'm gonna go out on a limb and suggest that somewhere along the way Gary's caused some women to change their phone numbers.) Fixated, adolescent love songs like "Linda Wants to Be Alone" ("She was writing a note to my parents saying that I was bothering her") that were borderline creepy in 1977 are downright alarming now that the guy is legitimately in his 50s. Scariest of all is "Gary's in the Park", which features a menacing Wilson intoning the lines, "Gary's in the dark/ And you know I'll be waiting for you..."

The possibility exists, of course, that this whole troubled "Gary Wilson" persona is just a fictional construction of an artist that's simply giving his audience what they want to hear, a theory given credibility by the fact that, throughout the album, the singer refers to Gary Wilson in the third person as though it's just a role he's playing. This illustrates what has always been the big conundrum regarding outsider music: If the artist is as lacking in self-awareness as he seems to be, it risks putting the audience in a condescending, "let's all laugh at the freak" position. Or is Gary Wilson's whole weirdo-loner shtick an elaborate affectation meant to dress up what is otherwise nice but pretty mundane synth-pop? Can he really have changed this little over the last 27 years?

Whatever the truth is regarding Wilson's methods and intentions, there's no doubt that Mary Had Brown Hair is one of the oddest and most baffling musical artifacts you're likely to get your mitts on in 2004-- one that raises more questions than it answers. How much you'll actually want to listen to it over the next 27 years is a question you'll have to answer for yourself.

Gary Wilson's self-released 1977 curio You Think You Really Know Me was reissued in 2002, and sounded so distinctively postmodern that some wondered whether it was a Beck record masquerading as a 25-year-old, 500-copy vanity release. Wilson's girl-crazy yelp and jazz-spiked new wave returns on Mary Had Brown Hair, a seamless, sincere collection of avant-pop that could've been recorded the day after Wilson wrapped You Think You Really Know Me. The new disc contains two retreads and 14 new songs, which range from instrumental fragments to anxious teenage love poems like "Debbie Debbie," where Wilson's quivery helium voice, presented over cheap drum-machine beats and minimalist keyboards, makes him sound like the most charming stalker in town.

Like You Think You Really Know Me, Mary Had Brown Hair makes a virtue of Wilson's limitations. He's no musical genius, but he maintains an almost obsessive focus on forging a singular, unified sound from influences that encompass the obviously catchy as well as the freeform. Wilson then filters everything through his nerdy lover-man persona. Only a handful of musicians had heard of Wilson prior to Beck's mention of him in "Where It's At," but his work has been an inspiration nonetheless—proof that home recording doesn't have to be limited to lo-fi punk and basement-pop symphonies, and proof that artists needn't always worry about finding an audience. His spirit infects modern iconoclasts like Animal Collective, whose sensational album Sung Tongs sounds like an idle tape-manipulation experiment that sprouted weird and wondrously. [...] —Noel Murray

back to moody's weblog

Rhizome.org to host Blogging and the Arts panel

*** Rhizome.org Director of Technology Francis Hwang will lead a panel discussion entitled Blogging and the Arts. The panel includes artist Kabir Carter, photoblogger and journalist David Gallagher, artist and critic Tom Moody, and artist T.Whid. The discussion will address questions such as whether blogs will change the nature of discourse in the fine arts field, and ways that artists and critics are integrating this new form of communications into their own work. ***

About Rhizome.org
Founded in 1996, Rhizome.org is an internet-based platform for the global new media arts community. Through programs such as publications, online discussion, art commissions, and archiving, it supports the creation, presentation, discussion, and preservation of contemporary art using new technologies. Since 2003, Rhizome.org has been affiliated with the New Museum of Contemporary Art.