he came to my HS in 1974 and screened Circus for seminar day. Then continued to be an important figure as director of The Anthology Film Archive.

I saw the Hilma af Klint show, and it is really something, though I’m not entirely sure what.

There are some stunning works, as well as moments when I felt like I was looking at a gifted student trying on a range of modernist modes and techniques, but then had to contend with the fact that she had come to these without precedent, years and even decades before they appeared in their now familiar forms.

Since the work was mystically channeled in relative isolation it presents all sorts of conundrums; does it force a reconsideration of modern art history, or does it even have much of anything to do with art as such?

The fact that the work is not on the market also complicates its status. The family-run foundation that controls it seems to be looking at possibilities, and increased exposure like the current show may become a factor. The ideal would be to actually build the “temple” she envisioned for the main body of work. I don’t think the foundation has that kind of money, but maybe they could do a crowdfunding type of thing. Perhaps her spirit guides would contribute.

This Guardian article is one of the more interesting things on her first page of Google results.

There was a harbor seal loafing on the old submarine today at Calvert Vaux Park. First time I've seen one out of the water in Brooklyn.

my neighbor accidentally (dont ask how) bought this 18 yo scotch instead of the 12 yo in a bundle of liquor he was purchasing for a xmas gathering. proceeded to throw up it and everything else he ate and drank on the uber ride home later that evening and then gave the driver $200 for the clean up though he said it was all outside the window. the driver being a dick then charged them $150 on the credit card for clean up which uber refunded. pretty much how i imagined the first christmas must have been.

Donald Trump, answering phone call from 7-year-old on Christmas Eve: "Are you still a believer in Santa? Because at seven it's marginal, right?" pic.twitter.com/VHexvFSbQ1 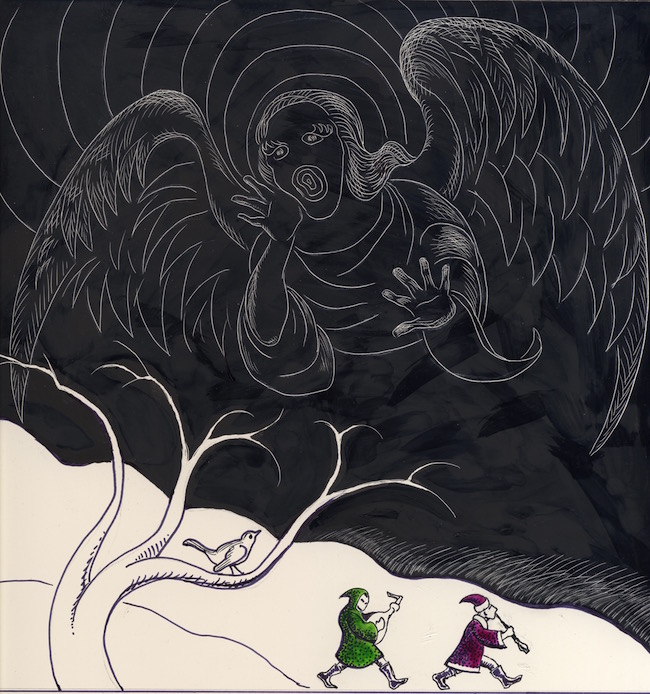 The David Randolf Singers perform Sing We Noel Once More

Song of the Nightingale; may be confused with an angel’s

Happy Birthday Lorna! AKA  L to the M

Some of the hotels are wineries and nice modern style, $$$$, four drunk snooring men in 4 rooms like $1800 a night

I found this for $900 night inc breakfast its owned by the chef of the hotest restaurant and it comes with a rez for his book two week in advance joint...

we already rep the great natural Mexican winery but we need to know is it all modern or other hip wines exist, R&D....

Five hour slow cooker stuffing. What are you all cooking?