"There are only three sports: bullfighting, motor racing, and mountaineering; all the rest are merely games."

But like the Komodo dragon or Kirk Cameron, a few Golden Age shows remain in production even if their evolutionary time has passed. Larry David will keep kvetching as long as there's bile in his body, and the brilliant Breaking Bad has one more batch of crystal to cook. But with three full seasons stretching out before us like the red carpet at the Clios, Mad Men will be the last of the Golden Age shows to grace our flat-screens. With a typically outstanding new episode, the first in 17 months, due to premiere on Sunday, it's worth asking: Is it also the best? 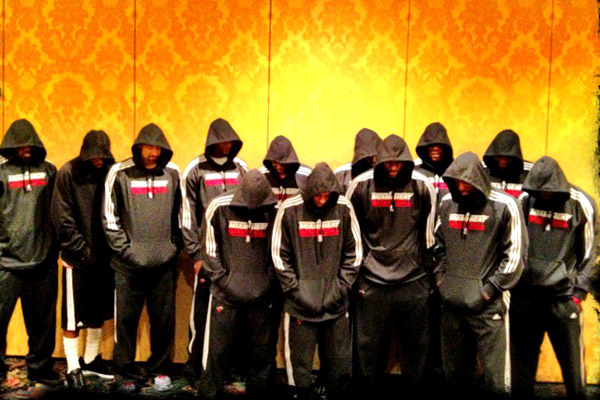 in the age of brand management athletes generally try to shy away from anything that can be deemed controversial although in the age of twitter and tmz the mask slips more readily either by accident or design. so its a nice surprise to see the miami heat players step up collectively to make a statement by way of this group photo about that teenager recently shot in florida for being black.

"That's the thing about regulating conduct; there is always some conduct that doesn't get policed. When baseball effectively prohibited its players from defending their good names with physical threats and small weapons, this in essence required the players to put up with verbal abuse from fat, pimply guys whom they could have very easily beaten the grits out of. People say things in public all the time now for which, if you had said them 40 years ago, somebody would have kicked your ass. We've regulated the ass-kicking, so the rudeness is out of control, and we wind up with Keith Olbermann and Rush Limbaugh doing political commentary that falls in the same general class as drunken, shirtless bellowing."

Posted to 110% by dave 3-23-2012 8:08 pm [link] [1 comment]
Chocolate skulls
Posted to sustenance by bill 3-23-2012 6:51 pm [link] [add a comment]
i feel like im on the back lot today as they shoot two scenes for now you see me outside my window. i very much appreciated the 15 minutes of unobstructed views the universe afforded me of a smiley isla fisher. now i can say i know how sasha baron cohen feels as he self satisfyingly stares down at his wife from the window in the second floor bathroom of their well appointed home as she sits by the pool amused by their guests, will ferrell and owen wilson.

not as revery inducing was the slightly obstructed view of woody harrelson's bald spot.

There's no gentle way to put this, so I'll just say it: I think everyone who watched this unfold believed that they had just seen a player die. Muamba had had a heart attack, was the (correct, as it turned out) assumption. On Twitter, in forums, and I imagine in a thousand conversations, there was optimism, but it was mostly of the hoping-against-hope variety. Something to cling to when you know that no one's supposed to die on a sports field. 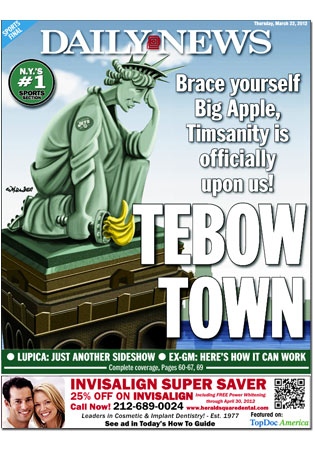